Butternut bark comes from the white walnut tree. This hardy deciduous tree is common throughout the eastern section of the United States. One of the smaller members of the walnut family, the white walnut is occasionally used for lumber, and its bark was used as the basis for dyes in the 19th century. The health benefits of butternut bark were thoroughly understood by the Native Americans and later appreciated by European settlers. 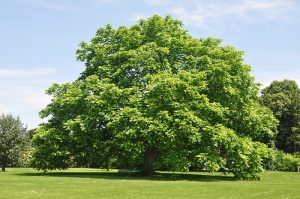 Butternut bark is an excellent laxative that’s gentle on the digestive tract. It has a useful ability to flush unwanted toxins from the intestines; it also encourages healthier liver function. Taken together, these attributes make butternut bark a strong natural detoxification herb. It’s also useful in treating several conditions that are traditionally associated with liver and bowel maladies, including constipation and indigestion. Butternut bark is also considered a vermifuge due to its ability to drive out intestinal parasites like tapeworms. The health benefits of butternut bark also extend to treating several different types of skin problems.

The method by which butternut bark stimulates the liver is believed to lie in its bile-enhancing properties. Taking butternut bark encourages the gallbladder and bile ducts to secrete more bile. This has a “follow on” effect that can purge toxins from the lymphatic system as well as the liver. This lymphatic stimulation is also what makes butternut bark effective in treating certain skin conditions.

Butternut bark was traditionally distilled into an oil when used to purge tapeworms. Many modern herbalists follow this practice by distilling the essential oil of the bark and having patients take the oil (well diluted) internally.

Butternut bark’s most common medicinal use prior the advent of modern medicine was, as described above, as a mild cathartic laxative. It was viewed as effective for this purpose, but not as strong as the more expensive jalap which was imported from Mexico.

In low doses, butternut bark is an excellent general stimulant for the gastrointestinal tract as a whole. It can ease digestive pains and help reduce the symptoms of dyspepsia.

Herbal supplements and traditional medicinal preparations containing butternut bark are considered generally safe for use with no known serious side effects. Minor side effects may include nausea (this seems to be a genetic predisposition; only certain people are affected) and diarrhea.

When used as a laxative, butternut bark depletes the body’s natural stores of potassium. This could pose a risk to individuals who are taking medications which also depress potassium levels. Users should drink plenty of water when taking butternut bark as a laxative to prevent dehydration.

As noted above, butternut bark has a definite effect on the gallbladder. Usage is not recommended for people who have gallstones, as the herb could cause spasmodic pain.

While it does not display the sort of wide-reaching beneficial efffects shown by some closely related herbs like black walnut hulls, butternut bark is such a mild, safe, and effective laxative that it still has a much-appreciated place in the medical stocks of modern herbalists.